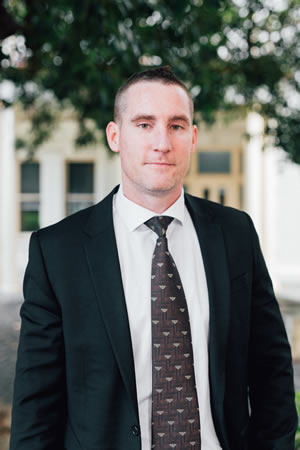 Patrick graduated from Edith Cowan University in 2008 with a Bachelor of Arts, specialising in Criminology and Psychology. Patrick went on to study a Juris Doctor (post-graduate law degree) with Murdoch University, completing his degree in 2012.

Patrick commenced work with Bannerman Solicitors in 2012 and after completing his articles, was admitted to the Supreme Court of Western Australia in August 2013.

Prior to working with Bannerman Solicitors, Patrick worked at the Family Court of Western Australia for 7 years as a Court Officer. Patrick worked directly for several Magistrates in a Clerical/Assistant role, obtaining files for court, preparing the court for Hearings and helping the public with direction in relation to their matters. His familiarity with the internal processes of the Court and the expectations of Judicial Officers in Family Court proceedings make him an invaluable member of the Bannerman’s Team.

Since his admission, Patrick has worked in family law for privately paying and legally aided clients in all areas including divorce, financial and parenting matters. Patrick represents clients through all stages of their family law matter, be it mediations, commencing Court proceedings and all the way through to Trial, including representation at Trial.

Patrick regularly appears in the Children’s Court in a range of protection and care matters and children’s criminal matters. He has also assisted clients in Adoption proceedings.

In addition to his work in those courts, Patrick assists adult clients in criminal matters in the Magistrates, District and Supreme Courts of Western Australia.

Patrick has regularly appeared for clients in Violence Restraining Orders matters, assisting in reaching agreements where possible or representing clients at Trial.

Patrick is a member of the Family Law Practitioners Association of Western Australia.