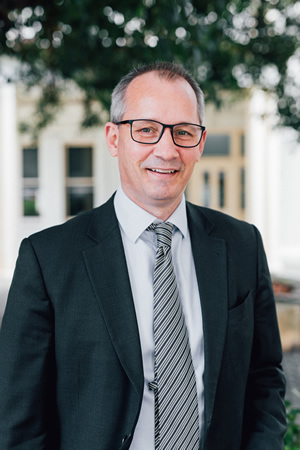 Richard left Edinburgh University in 1988.  By 1990 he was running two branch offices in Scotland.  He then replaced one of the partners of that firm approximately two years later in the practice’s Court Department. He moved permanently to Western Australia with his family in 1990 and started practicing in family law straight away.

Richard established Bannerman Solicitors, commencing practice on his own on 1 April 2005.  The firm has significantly grown since then.

From the outset, Richard has undertaken work for both private and legally aided clients.  When establishing Bannerman Solicitors, Richard made a commitment to undertake a large proportion of Legal Aid work.  Bannerman Solicitors has been in the top five law firms providing services to legally aided clients on family law matters for the last five years and being the largest provider of Legal Aid assistance to family law clients for a number of years.

Richard continues to provide representation at the Family Court of Western Australia, the Perth Children’s Court and the Perth Magistrate’s Court.

Richard represents parties in all aspects of family law – through negotiations, in mediations, throughout proceedings up to and including representation at trial.  Richard particularly enjoys the challenges and advocacy that is associated with trial work.  Richard completes around 20 Family Court trials each year as well as Restraining Order trials, Inquests and Children’s Court trials, sometimes on instructions from the Department of Communities, Child Protection and Family Support.  Richard also maintains an interest in representing clients in criminal matters.

Richard has been volunteering in legal and non-legal matters throughout his career. He was a board member of the Citizens Advice Bureau in Scotland for a number of years, sitting in on management meetings and undertaking pro bono work.

Richard volunteered at the Citizens Advice Bureau from about 2000 providing pro bono legal advice, as well as at the Community Legal Advice Centre in Fremantle between 2000 and 2003.

In addition to Legal Aid services, Richard has agreed to provide services and advice to parties on a deferred fee basis or at a reduced rate for some cases.

Richard currently undertakes Pro Bono work for the WA Cancer Council and accepts referrals from some of the Women’s Shelters and Domestic Violence victim support groups.