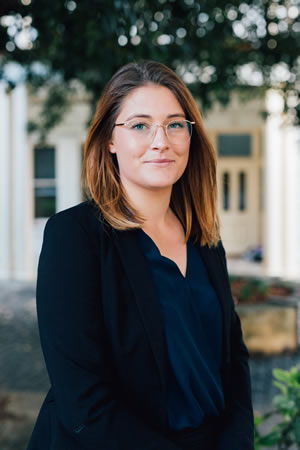 Teleisha initially began working at Bannerman Solicitors in 2008 as a paralegal and continued to do so throughout her university degree.

In January 2013, Teleisha joined and completed her articles at a large commercial firm where she remained working as a lawyer until she returned to Bannerman Solicitors. During that time, Teleisha worked on a number of litigious matters, instructed Counsel and appeared in the Supreme Court, Federal Court and District Court.

Teleisha re-joined Bannerman Solicitors in October 2015. Since that time she has regularly appeared in the Family Court and Children’s Court representing both private paying and legally aided clients in complex parenting disputes, financial matters and protection and care matters.

Teleisha is a member of the Family Law Practitioners Association of Western Australia.